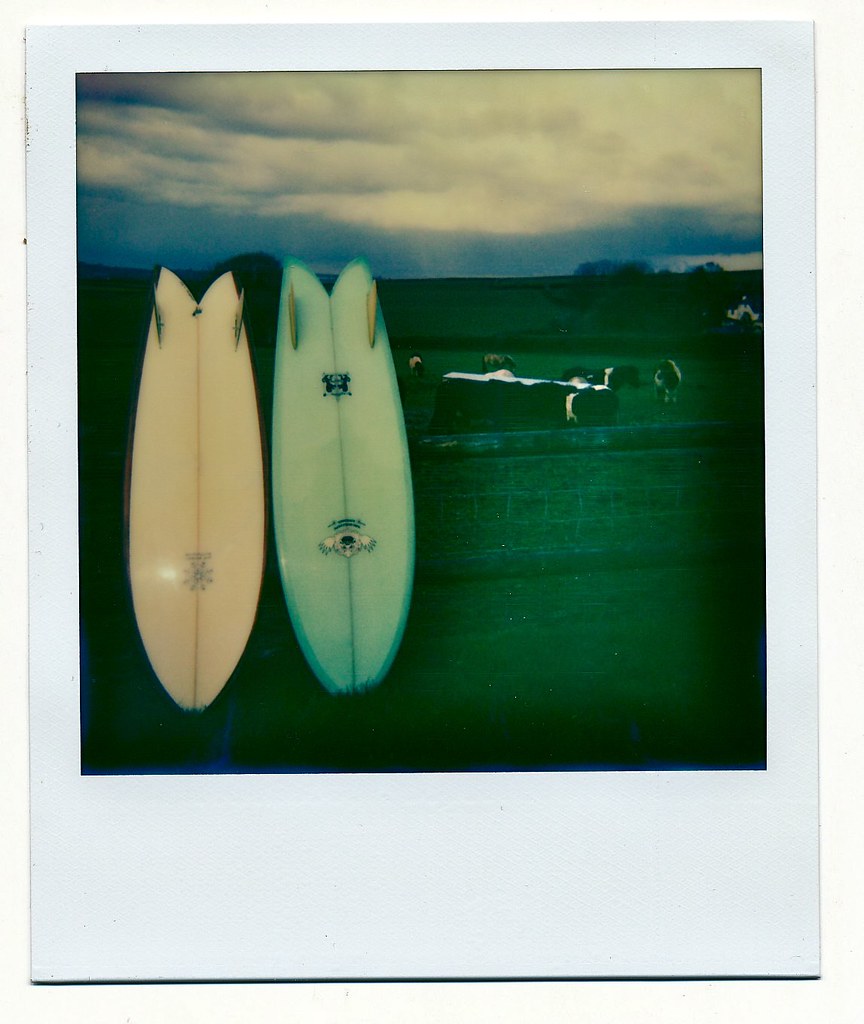 While i was waiting for the superchunk to turn up i got right back into riding my keel fin fishies. Bang on trend obviously since Burch et al are being filmed riding them again. They are super fun boards - not as good at generating speed as the mini sims but much more able to carve a tight line through cutbacks. Even though the boards in the picture are superficially from the same branch of the design tree, they're actually quite different. The larmo on the right is rolled into vee on the bottom with double foiled keels. It's super smooth and flows like liquid along a wave. A real San Diego fish.
The GS 5'6 is more heavily influenced by the fish Chris Christenson makes with much more performance built in. It's skinnier with a deep single concave through the fins, a harder edge in the rail and single foiled keels. It needs more push in the wave but it squirts speed more readily when you pump and allows a muchm more aggressive approach to cutbacks and moves off the top.