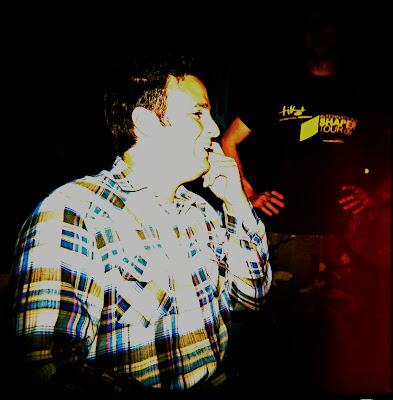 Jamie Bott, master lensman, in front of the camera for a change. Check Jamies world here
Here's a little slideshow of Jamies pictures, shown at the cornwall film festival last year. This years festival starts on November 13th at Falmouth's Phoenix Cinema
Posted by CP at 08:21 No comments:


Another taster for Fusion, a new british surf film, coming next year..
Posted by CP at 08:21 1 comment: 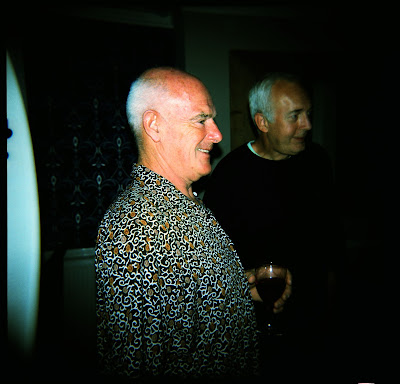 Tim Heyland, part owner of Tiki & one of the pioneers of the UK surf industry. Still absolutely rips especially on a longboard.
Posted by CP at 09:09 No comments: 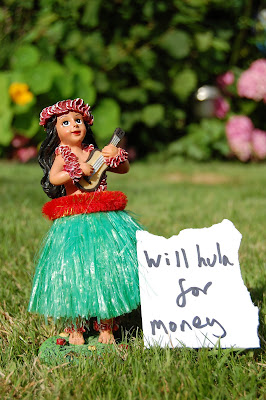 Important social comment on the plight of Hawaii's indigenous peoples in the modern age or too much time on my hands on a sunny day?
or possibly how pretentious am I? You decide
Posted by CP at 09:00 4 comments: 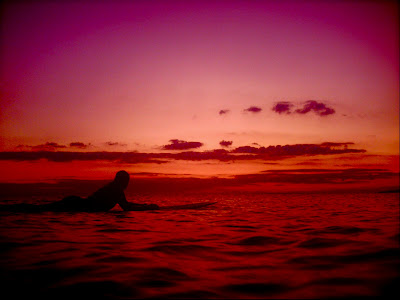 I'm not a big fan of winter (unless i'm in the mountains) so it's always with a certain amount of sadness that i watch summer end, the nights draw in and after work surfs finish for another few months. Something about facing up to the inevitability of having to don even more rubber in chilly car parks to get a few waves for the next 8 months brings with it a sense of melancholy.
However, autumn is a great time of year for clean swells and the last few days of sun. Some of my favorite ever surfs have been trading small waves & smiles with friends, watching the sun go down, catching a wave in by feel alone & stumbling up the beach in the dark. I've been lucky enough to have a couple of sessions like this recently, reminders of years gone past when the crowds were fewer and you knew every face in the water. Fun times.........
Posted by CP at 13:10 2 comments:

slightly self indulgent but i am stoked/ very proud of my daughter who stood up on her first wave sunday, not bad for 4 3/4 years old. Wish i could have started that young!
Posted by CP at 08:00 1 comment: 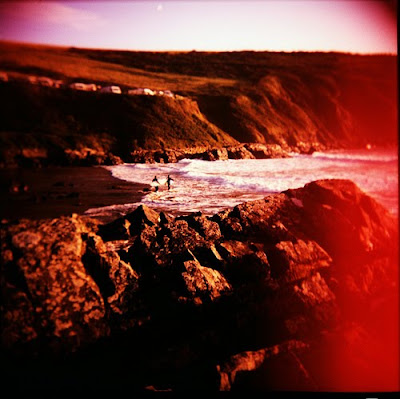 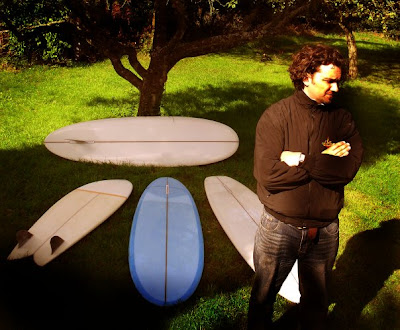 Just published on Drift, a little interview with a lovely chap & a great shaper, Tim Mason.
check it out here
Posted by CP at 08:13 1 comment: 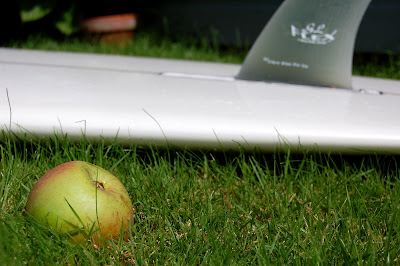 So a little update on my continuing hull experiences. As i type we've been a little starved for decent waves (though hopefully that will change this week) but there have been odd little semi clean sessions. I've been surfing the hull a fair amount and had what can only be described as a pretty shocking wave on it on my last outing. Paddled into a chest high right which stood up as it hit the inside bank. I dropped down the face with a fair bit of speed as the wave prepared to section a good fifteen feet ahead, i crouched, banked over on my inside rail and a split second later i was past the section, trimming in a high line at what felt like mach ten. Felt like a true glimpse of the speed hulls are known for. In fact someone dropped in on me, past the section (i'm hoping because he assumed i wouldn't make it round, not just because he was a kook!) I had so much speed i actually overtook him on my next bottom turn before kicking out as the wave prepared to close out.
I paddled back out hooting myself and sat for a good few seconds slightly bemused by what just happened. As i've said before, they aren't for everyone, they are quirky to ride and probably more about the individual experience than impressing passers by with your radness, but they sure are fun and i don't think i've experienced as much speed with as little effort on a wave that size before!
Posted by CP at 08:53 4 comments: 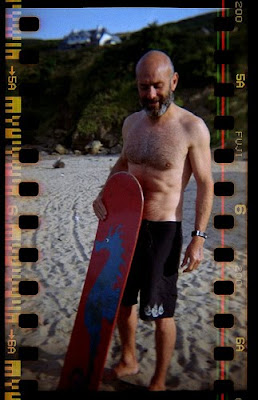 As a "p.s." to the skelton post, he really is ex world bellyboard champ, for this session selecting his mothers favorite board, painted with a pregnant seahorse in honour of skelly's birth.
Posted by CP at 09:00 2 comments: 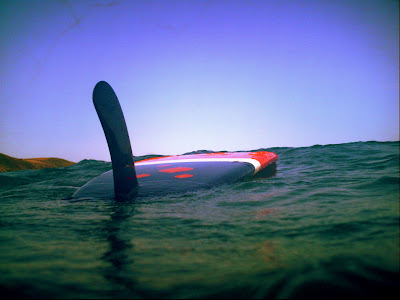