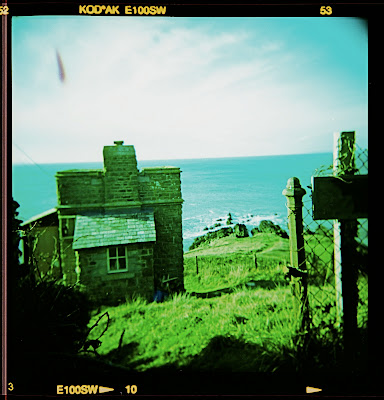 Overlooking a certain righthand point, this might be the coolest place to live round here, also the coldest right now, probably lucky the current resident is off in warmer climes
Posted by CP at 08:12 1 comment:

Merry Christmas, seasons greetings and happy holidays to you and your's, from me and mine
Posted by CP at 09:39 No comments: 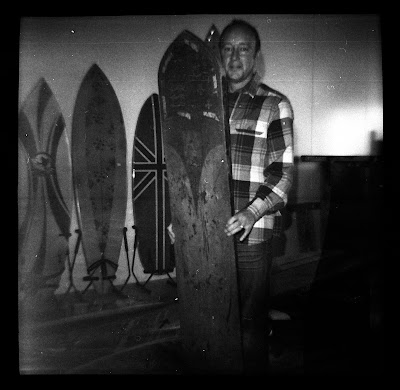 Pete with the oldest board in the collection of the british surfing museum. It's a belly board from the 20's on loan from a family in Jersey and has their family crest painted on the nose. Interestingly belly boards are an almost uniquely british wavecraft, apparently Brits believed our waves were not suited to standing up to begin with!

There are plenty around and in use even today, for more ply related eccentricity check Mr Isaac's Prone to belly blog here
Posted by CP at 07:52 No comments:

Every time i think i'm getting better at taking photo's i come across another super talented photographer who puts my meagre efforts to shame.

Todays subject of my admiration is Mark Choiniere who has a really rad collection of pictures on his site here, including some great stuff of Mike Vallely. Vallely used to be another of my favorite skaters. Though i know he somewhat divides opinion these days, i must have watched and tried to emulate his part in "public domain" so many times i almost wore the tape out. That and his parts in the speedfreaks video, set to dinosaur jr and his part in the world video, rubbish heap were really influential. Check out youtube if you want to see them. Vallely is still ripping today, (check out mikevallely.com) and whatever you think of him, it's a dead cert that he cares about skateboarding as much as anyone.

This photo shows Turkey Stopnik and Mitch Abshere on their way to Church with a particularly fine Captain fin company d fin. One of the many photos on Marks site that makes me want to go surfing!
Posted by CP at 07:48 2 comments: 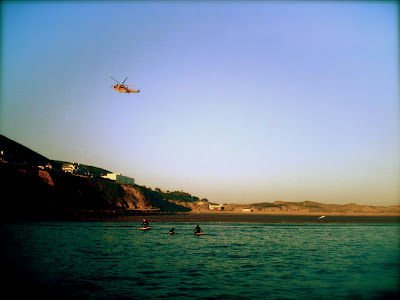 Finally a few little lines to slide yesterday. Nineplus 4/3 is plenty warm still, especially with the sun in your face. After logging a few i broke out the mini sim on a whim. Once again big smiles in waist high waves, i'm seriously addicted to the smooth lateral bar of soap feel!
Posted by CP at 07:43 No comments: 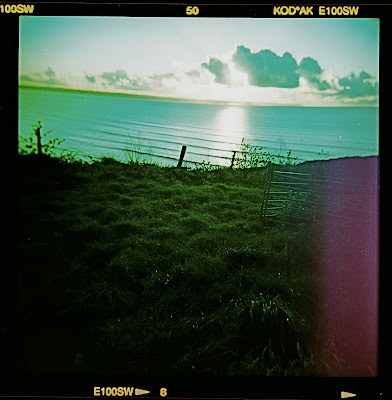 I think this was the last time we had a proper fun little swell up here, feels like months ago.
Posted by CP at 08:14 3 comments:

Jack (i think) looking to punish the whitewater.
Posted by CP at 08:38 2 comments:

More of Matt's world including cool hot rods and more videos to kill a boring work day here
Posted by CP at 08:52 No comments:

Just took delivery of a couple of full suits from Nineplus to try out. Out of the bag they look lovely, soft supple yamamoto neoprene, mostly single lined with stretchy double lined in the crotch area. Understated subtle logos complete the high quality look. Inside there's neat seams and furry warm looking lining on the torso.
Probably a bit cold for the 3/2 already but hopefully the 4/3 is as warm as they say. I'll report back!
Posted by CP at 08:05 No comments:

So a totally non-surf related post but his stuff is well worth a look if you haven't come across it already.
Posted by CP at 07:47 No comments: