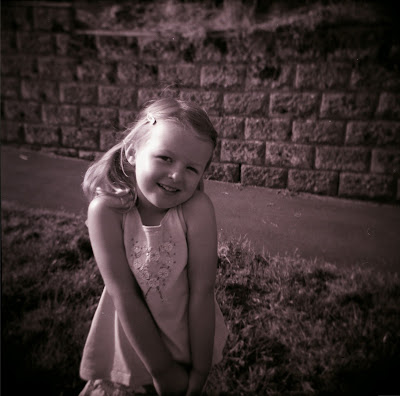 So as the year comes to a close, i want to say thanks to a few people.
A massive thanks to my great family for putting up with my various obsessions and the time i devote to them. There's no way to overplay how wonderful, cool and joy bringing you both are.
Thanks to Tim & Jamie for encouraging me to get this going, thanks to Rebecca & Chris & Jack Brull for the Holga help & inspiration, thanks to Angela and Tim at Drift for the opportunity to foist my opinions on a wider audience and thanks to all my friends in the line up who keep me surf stoked even in the depths of winter.
Finally thanks to all of you who check here from time to time, whoever and wherever you are! 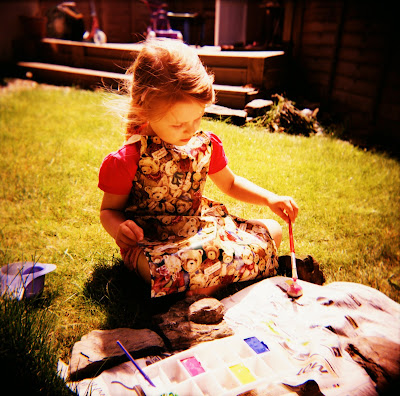 Catch as catch can 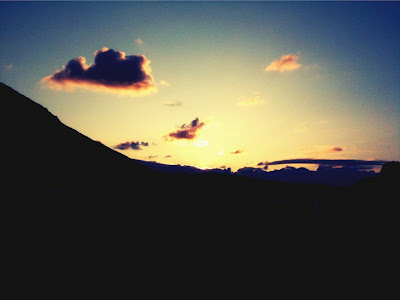 I'm not a super gismo geek but i did get an iphone earlier this year. I just think it's such a great & useful bit of kit. Anyway, this pic was taken with it at valley of the rocks near lynmouth a few weeks ago after a particularly bracing windswept sunday afternoon walk.
Posted by CP at 10:07 2 comments: 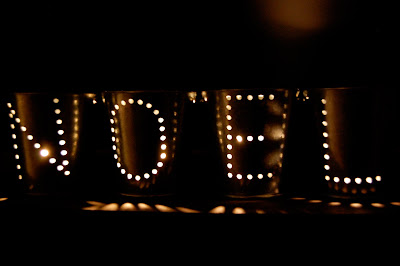 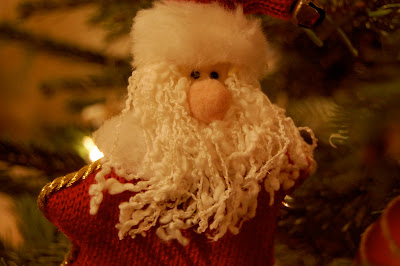 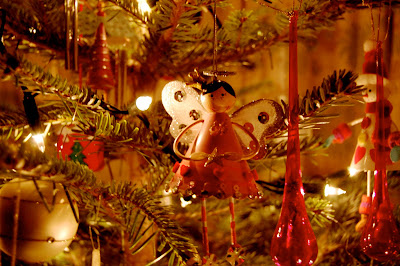 After a run of fun waves at the spots i have time to get too its back to flatness again. Maybe it was an early christmas pressie. Taking off on my first wave in nearly a month last week i was seriously relieved to find i could still actually surf! Amazing how much colder it seemed too, properly into winter rubber now with only the prospect of colder water to come for the next few months. At least the days get longer from now on!
Posted by CP at 09:47 No comments: 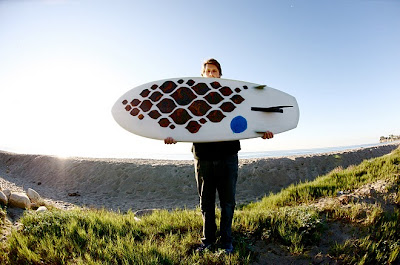 >Introducing my newest cyber friend. Ryan Lovelace is a young californian shaper who is lucky enough to have Rincon as one of his test tracks. Although he produces beautiful boards of all shapes and sizes, it's hulls and their variants that have him most excited at the moment. Check his blog out for pics of some beautifully bladed out hulls, some forward thinking new shapes (check the "gullet") and some great pics and videos of them in action.
It's easy to think that the major developments in the shaping of hulls all happened years ago but people like Ryan are taking Liddle's ideas and pushing them forward, helping to get a new generation of surfers stoked on them.
Long live the joys of forward trim, and believe me, it is a joy!

Top Pic is taken by the highly talented Morgan Maasen,
This one by Ryan: 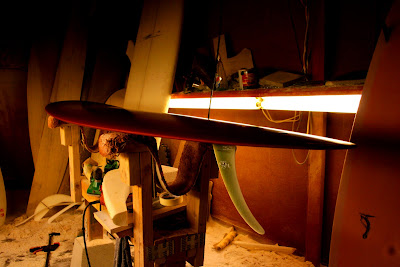 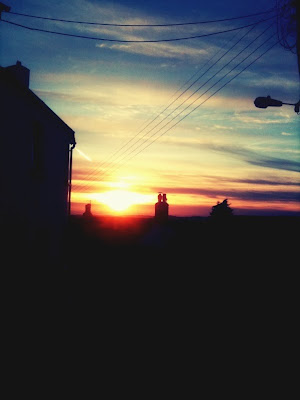 One of the few good things about shorter days is the chance to witness more lovely sunrises & sunsets. Another case of iphone & opportunity, just yards from my house
Posted by CP at 07:43 No comments: 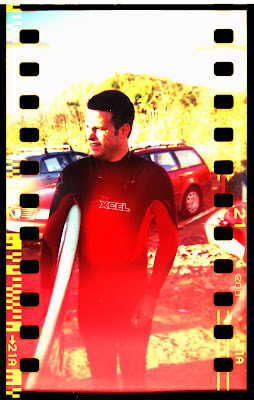 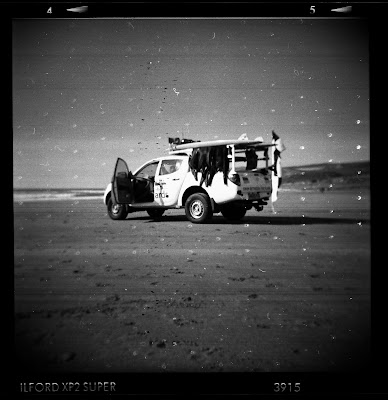 The lifeguards are long gone now, in fact they haven't been at my local beach for years, a result of wranglings between the council and the beach owner. Each year the number of people they pull from the sea increases as more people venture into the surf in their supermarket wetsuits, more people make a weekend run to hit the surf (dude!) with little regard or experience of the power of the sea. It's a shame they only patrol in the summer, the beaches are increasingly full of clueless fools even during the winter when the swell is up and the water temp is dropping fast.
Yet you can't help some people and it sometimes makes me despair about the nature of many in our country. People wont swim between the flags, people shout abuse when you suggest they might want to avoid floating in an area thick with large hard fibreglass objects, some of which lets face it, are under questionable control. Worst of all i've witnessed a father screaming at a friend of mine for suggesting that he might want to stop his young son from swimming in a powerful rip.
OK rant over, ignore me, just look at the pretty picture!
Posted by CP at 07:08 2 comments:

Christiaan Bailey just posted this neat profile of James on the mycornwall.tv site.
Posted by CP at 08:42 1 comment: