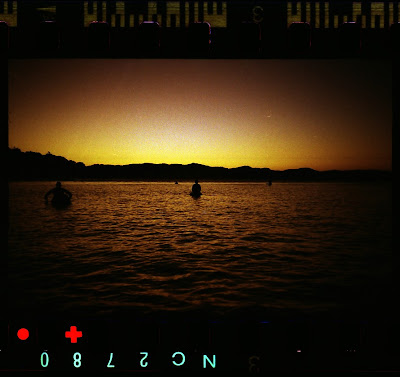 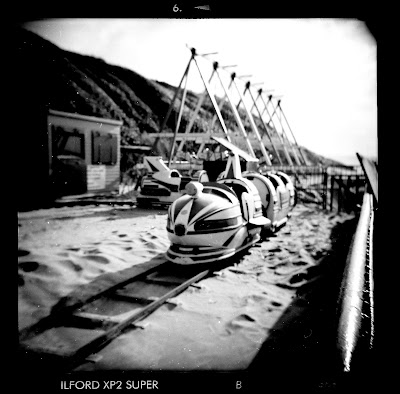 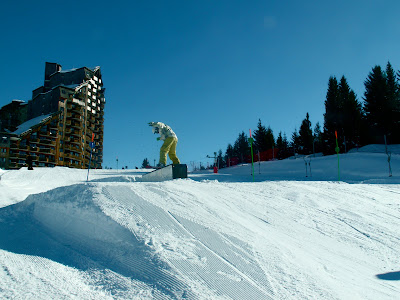 Off to the mountains today :-) Hopefully it'll dump so i can live out all my slater/ curren fantasies on snowbanks and it'll be flat or onshore for the whole week i'm away! Of course it'll probably be the best run of nice clean swell for weeks and the westerlies will return as we land next week.
Thanks to Mr Gardner for loitering in harms way to snap the picture last year and a massive thanks to Stent for leaving a shiny new Lib in France for me to play on this week.
Posted by CP at 08:13 No comments:

on wings of a gul

The ever creative and ever so slightly eccentric John Isaac is now blogging for Gul wetsuits who have been quiet in UK surfing recently but years ago were one of the most visible homegrown brands. No doubt he'll be shaking things up in his usual style. Check his musings out here
Posted by CP at 10:15 No comments:

a fraction of fun 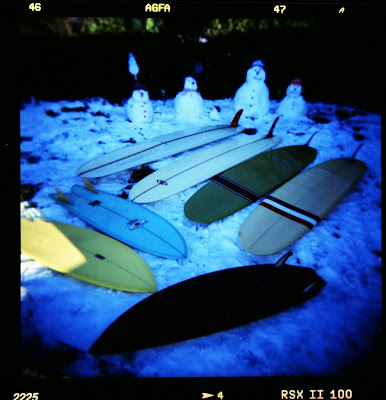 I'm in the process of writing a feature for drift on the joys of owning a quiver. This isn't all of them but more than enough for the snowmen to choose from!
Posted by CP at 07:38 7 comments: 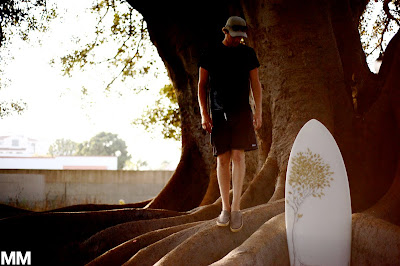 Super stoked on my latest piece for Drift, an interview with the talented young shaper Ryan Lovelace with pictures by the equally talented Morgan Maassen.

Check it out here, click on the concept crafts feature
Posted by CP at 07:50 No comments: 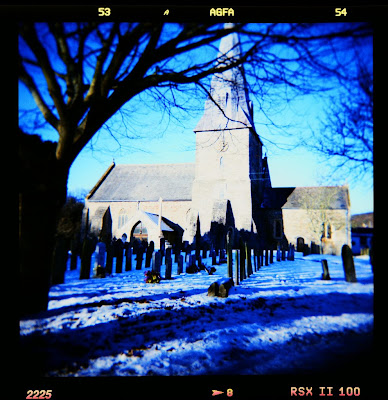 Rare to get this much snow round here but certainly made my walk to work a bit more picturesque (& treacherous!) 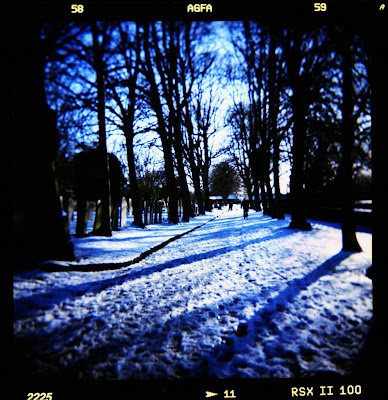 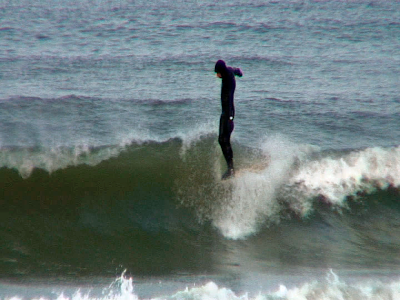 My 9'4 gulfstream log demonstrating it's suction when on the nose pretty well!
Shamelessly self promoting frame grab courtesy of Andy Haworth, currently hard at work on his film "Devon Lanes and Longboards"
Posted by CP at 14:20 No comments:

sucker for the glow.. 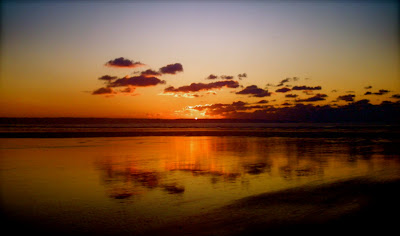 Yes another sunset photo but some of them are just beautiful!
Posted by CP at 08:33 No comments:

man on a mission 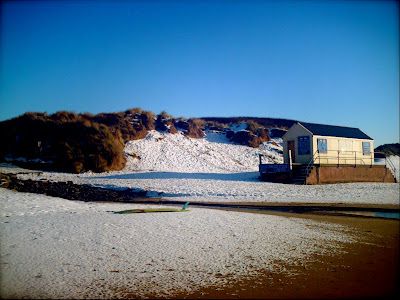 Not even snow and sheet ice can keep an addict from his fix! Short cold hike in was rewarded with a fun clean chest high session where the nasal passage was well and truly explored. Haven't ridden this log for months, pretty light by my standards (still heavy by most peoples!) but really fun to surf it for a change, even if i only chose it cos it was the lightest one to carry!
Posted by CP at 17:12 No comments: 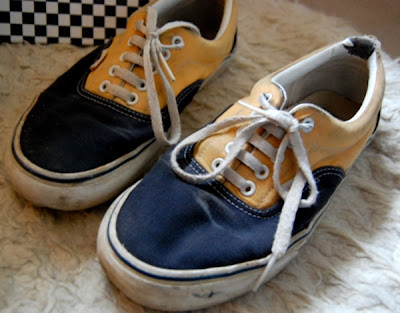 I've always thought there was something cool about a used and abused pair of skate shoes, the shape moulded to the skaters foot by the miles on tarmac and griptape, the sole worn in a way as individual as the skater's style itself, each scratch, abrasion or hole in the upper telling a tale of triumph and defeat, tricks learnt, gaps made, shins & hips bruised.
When i started skating, skate shoes were all really expensive, i spent ages gazing at pairs of Van's and Airwalks in RAD magazine, dreaming of owning whichever pair was "in" this month and, just like we had to with skateboards themselves, we tried to eke every last session out them. I have very distinct memories of ripped up converse all stars with cardboard covering the hole in the sole over the ball of my foot, buying replacement soles to glue on from Woolworths (always way too slippy compared to Vans waffle sole!)and going through several tubes of shoe goo trying to rehabilitate wrecked pairs of Airwalks.
Back then a friend getting a new pair of skate shoes was as much an event as someone getting a new deck or the latest Powell video coming out. I remember a friend getting the first ever model of Etnies, back when they were based in France, seeing the first Van's Cab shoe for the first time, back then the first ever signature model shoe and something that seemed a weird idea at the time!
Skateboarding is very different now, it's everywhere, the brands are well known, the fashion is integrated with the mainstream, it's an accepted sport not the fringe activity it was for us, populated with the kids your mum would rather you didn't hang out with.
ps i know those shoes don't look properly griptape abused but I haven't been out for more than a cruise around for ages so they'll have to do like that!
Posted by CP at 08:09 3 comments: 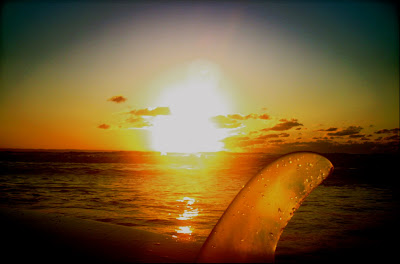 SOOOOO cold today, took me ten minutes to clear the screen on my van- inside and out! (note to self, really must buy some de icer!) Lovely little chest high wave with a handful out as the tide turned. We live in a beautiful place!
Posted by CP at 22:23 1 comment: 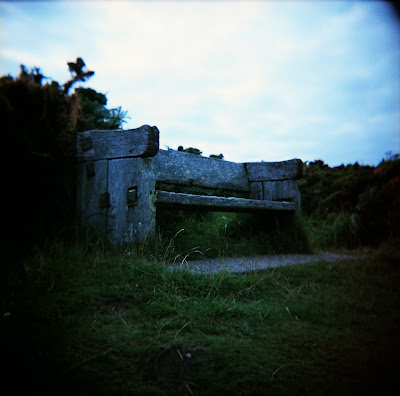 There's just something visually pleasing about weathered wood, be it driftwood washed up on the sand or timber exposed to years worth of thrashings by winter's storms on a lonely headland.
For the nerds among you it's 400asa fuji provia cross processed on a pretty dull afternoon
Posted by CP at 08:11 1 comment: 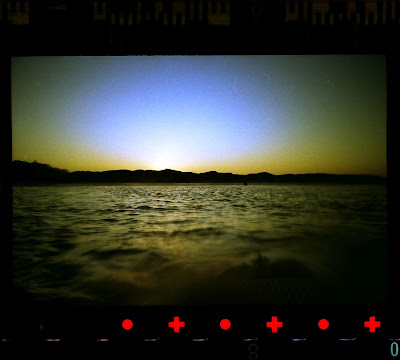 Happy 2010 people!
It's very traditional (nowadays) for people to get obsessed with lists of the best and worst stuff of the year past. Surfermag forum has a "best 3 boards of 09 thread" I actually have 4:
In no particular order:

5'8 Larry Mabile Classic keel. I swear i've never had a bad surf on this. Whenever i take it out, there'll be at least one wave screaming down the line pretending i'm Dereck Hynd followed by a grin inducing cutback and repeat

5'9 Bro Diplock Quad fish pretty much a mandala copy. Will go insane in anything i'm prepared to paddle out in. Always in my van & in heavy rotation. I've even forgiven it for trying to break my nose & giving me stitches between the eyes last Boxing Day

6'10 Spence Designed Hull shaped over here by Tim Mason. Just a real fresh, fun, at times mindblowing new door opened in my surfing. Not for everyone but suits my style & REALLY good fun.
read everyone elses here:
Posted by CP at 01:00 No comments: