a barrel-fest of epic proportions! 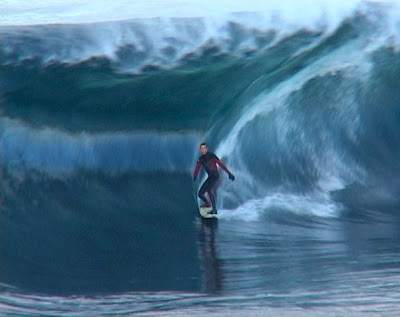 Brit filmaker Ross Johns just sent me a copy of his new film, Fusion which is already out and available online here or from most good surf shops. It might just completely re-define your idea of british surfing and the quality of our waves. Here's my review for Drift

The shelves of your local surfshop are filled with a steady stream of new dvds each featuring an all star cast of action heroes pulling into monster barrels in Tahiti or pulling monster airs in Indo. Yet the number of movies celebrating our homegrown talent is woefully small. Having already seen some stills from some of the sessions included in Fusion, it was with a fair amount of excitement that i slipped it into my dvd player.

In the shops as you read this (or available through http://www.surfclips.co.uk) it aims to reveal British surfing and British waves at their best. It's been a labour of love for filmaker Ross Johns over the last three years and has lead to many an uncomfortable night asleep in the car and many a junkfuelled petrol station dinner. 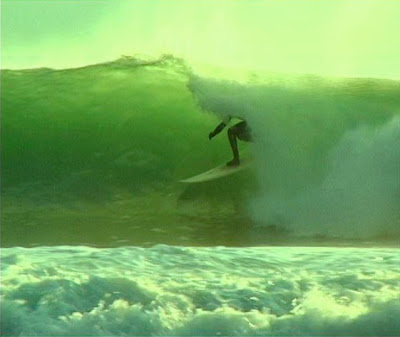 If you are unaware of the quality of the current crop of top British surfers, or you are unaware quite how good some of the waves in the UK are, you will be picking your jaw up off the floor time and again. Some of the slab waves are very scary looking indeed with tow or paddle entry and the quality of the camera work is good. It's not all pits either, a large number of lips get well and truly slayed over the 60 minute(ish) running time along with some pretty progressive aerial surfing as well.

It's filmed all over the South West, shows the brown water of North Yorkshire at it's best and features some of the recent slab sessions in Caithness at waves like Bagpipes that have been well documented in Carve and others.

The cast list is a veritable who's who of UK shortboarding from Russ Winter and Stokesy (who has a good section as does Mark "Egor" Harris) to newer names like Tom Butler. Reubyn Ash is perhaps the only notable not present.

There's a dash of progressive longboarding in the mix too. Adam Griffiths and Ben Skinner wield their nine foot sticks into turns that most people dream of doing on boards three feet shorter, before they prove they are both equally at home on shorter, skinnier equipment.

This isn't "Thicker Than Water", its not trying to be. It is a great document of where we are right now and almost certainly shows the highest level of homegrown surfing captured on video to date. If it doesn't inspire you to pull in deeper or smack the lip harder the next time you surf then nothing will! 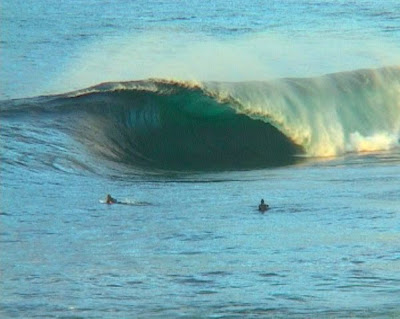 Looks good! And what better time to make a cup of tea and put yer feet up to a DVD - surf forecast's looking awful for ages :(