rhyme for the summertime..

By the time Garret "G Love" Dutton kickstarted Jack Johnson's career with his Rodeo Clowns single , he was already four fine albums deep into a career that's still going strong today. I forget exactly where i heard him for the first time, i think it was on mark radcliffe's old late night show on radio 1 in the early nineties, or maybe on the soundtrack to an early snowboard video at my friend ed's house. What i do remember is how the mix of blues sounds with a strong groove and elements of hip hop topped with g love's laidback delivery was something i'd never heard before. Hell he just oozed cool!

After starting out busking acoustic blues on the streets of philadelphia before hooking up with "special sauce" his sound has evolved several times over the years but it's his early stuff i still like best. He's a very fine slide/acoustic blues guitarist and really underated. check his youtube channel for some evidence! (under the moniker phillyglove) He's still one of the best artists i've seen live and his first couple of albums are well worth re-visiting or discovering for that matter!
Posted by CP at 06:41 1 comment:

the bing's the thing 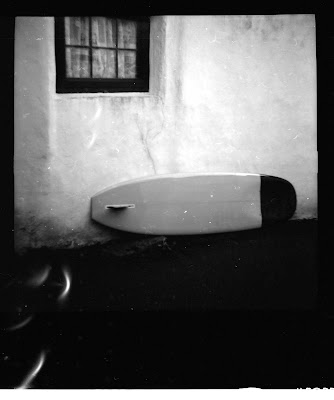 On present evidence we seem to have had much of our summer sometime in April, it certainly was a better month for sun and swell than june so far. I spent a week of it on the pembrokeshire coast, a little surfing snuck in on a family break with my parents and sister.

Most of my childhood holidays were in this part of wales. I rode my first wave on a polystyrene bodyboard at saundersfoot (quite how it got even knee high waves in summer i'm not sure!) first became aware of people actually surfing and it's really here that my love affair with the beach got started. Ironically i've only properly surfed up here a couple of times and i can honestly say it's the first time i've ever seen Newgale without blustery 4 foot onshore slop. This time i lucked into some quiet logging waves and light winds, both there and at Whitesands. It's a beautiful part of our coastline and it was fun to revisit, fun to go somewhere different than the well worn track down the A39 Out Now,the second installment of Dan Crocketts labour of love, The KOOK.

I'm proud to be one of those contributors and i'm amping to get my grubby mitts on an actual paper copy. If it's anything like the last issue it's going to be thoughtful, aesthetically pleasing and well worth supporting. I think Dan deserves congratulating for putting the huge effort in to get these out because it's not easy. Please support him if you can!
Posted by CP at 08:49 No comments: 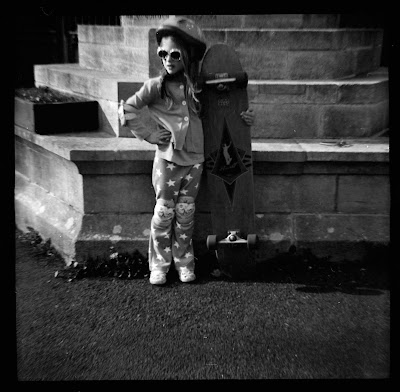 big oak trees grow.
Happy Fathers Day to my Dad and fathers everywhere.
To my little bean, i'm proud to be your Dad,  i hope i've been a good enough one this year.
You light me up.
Posted by CP at 07:42 No comments: 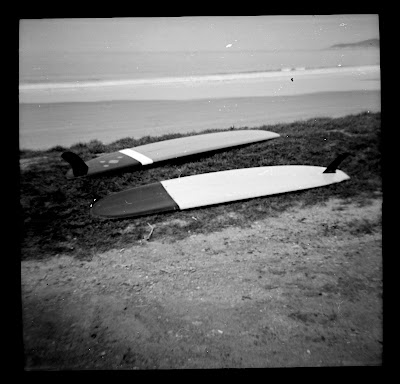 Small wave weapons of choice
Posted by CP at 09:15 No comments: Under the stripy wax it's a 5'9 double bump quad fish shaped by bro diplock drawing very heavily from the Mandala quads (i.e the same computer file!:-) It's a super fun board in great condition but a little bit surplus in the board store at the moment and room is needed so it's looking for a loving home.

contact me there or leave me a comment if you are tempted.
Posted by CP at 09:39 No comments: 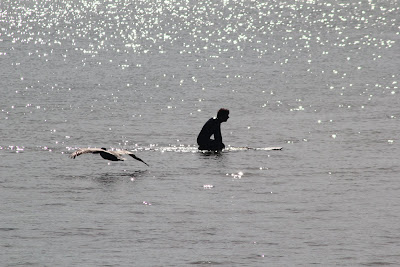 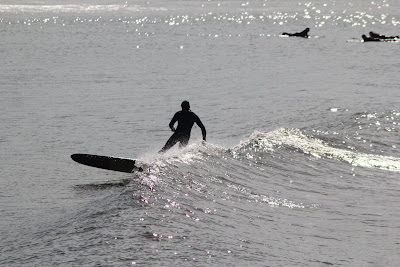 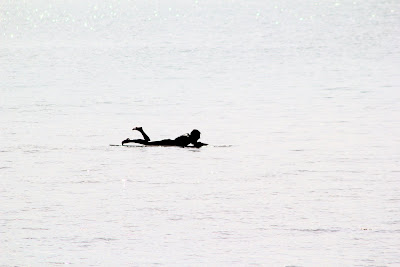 On the way to Doheny one morning i rather randomly bumped into my friend Jake, who works for Almond and is a really talented surfer and one of the nicest guys you could ever hope to meet. He was on his way south with Alex who runs the tenpiggiesover blog and John Wesley who does some shaping for Gato as well as his own boards.

Like everyone i've met in Ca, they were really friendly and stoked to hear about our little corner of the world. I've checked Alex's blog for some time so it was cool to meet him in person. John's car, an old vw type 3 like the one i posted a photo of recently, deserves a mention too. Very cool indeed!

Doheny was tiny and those guys headed on south to san o. I paddled out anyway and got a couple of fun ones eventually, alone with just a few pelicans for company. The photos make it look better than it actually was if i'm honest!
Posted by CP at 08:15 No comments: So back to Blighty after nearly three weeks away, to be greeted by rain, onshore winds and rubbish swell. Business as usual then!!

We had such a good trip to California, even better than last year. Good weather, fun waves and nice people. There's a few tales to tell and plenty of film to scan but in the meantime heres a little iphone shot of one of the cottages in crystal cove near Laguna, one of my girl's favorite sun worshipping spots!


I want to say a thanks to the people that contributed to such good times. The Threadgills again for their hospitality and kindness. You guys are great and we so enjoyed spending time with you again. Christine and Austin in Carp too. Also Jake and Dave at Almond and Alex at ten piggies, JP at surfysurfy and Smukes, meeting you guys made me smile!

Ever since a scrappily recorded version of Tristan Prettymans "anything at all" turned up as a bonus on the soundtrack to the malloys shelter film, i've been a fan. Perhaps a little more mellow than much of my taste but her debut album 23 is great and well worth a listen if you haven't heard it.
Posted by CP at 08:15 No comments: 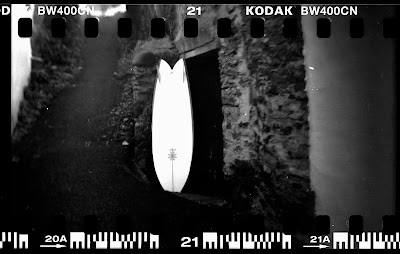