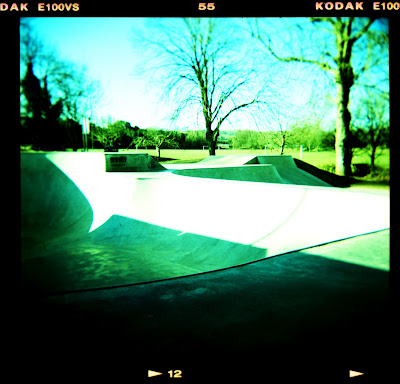 The wishthound gave me a new skateboard a month or so ago, much to my wife's disgust i might add.

Since then i've spent an enjoyable number of hours (in upstanding member of the community fashion not like a ne'er do well abusing council property or anything :-)) rolling around Barnstaple's new-ish skatepark. I have discovered a few things:
Firstly i'd forgotten how much fun skating is, not having ridden anything other than a big long skateboard for 5 years. I can actually remember how to do some tricks though i've forgotten more. Each time i leave for home, i remember something else that i should have tried, a trick that used to languish in the bottom of the trick bag. all those years ago. There is still that same satisfaction from landing something (however simple now) and rolling away clean that never changes.
Secondly, i don't bounce like i did ten years ago. I have a fraction of the bottle i used to have, gone are the days of throwing myself down sets of stairs with abandon. The threat of broken limbs & their consequences loom ever larger and well, concrete is hard and it hurts, for a lot longer as well at my advanced age. In the wishthounds words, the ability curve for surfing is gradual but with an overall upward trend for most of your life, with skating it peaks early and it's pretty much all downhill from there, but if you're having fun, who cares right?
Thirdly, like surfing, it never truly leaves. Skateboarding was a big part of my growing up, becoming a man, it shaped my future path in life in a way that i only recently understand. It changes how you look at the physical world we interact with on a daily basis and i don't think you ever fully forget that or ever lose the desire to skate, it's just your body that lets you down. Even though there are a couple of long periods when i haven't rolled around, it's always in there bubbling away under the surface.
Finally kids today have it easy! The park in the pictures is one of at least five small skate facilities (off the top of my head) within a 30 minute drive, in a relatively rural area, all well built and good to skate. Back in the early nineties, my friend's mum fought for years for our midland council to build some ramps and when they did it was virtually unusable. Skateboarding is acceptable now in a way that it never was when i started (though there is still a punk ethos like there used to be once you dig beneath the shiny veneer of tony hawk & the x games)
Kids today learn tricks in their first year that were beyond the imagination of the pros of the eighties and it's easy to learn them because the boards are light and you can see things to inspire you in magazines, dvd's, on youtube and in your local town. Things never used to be like that (please excuse the monty python style "it were hard in my day" monologue but..)
Take learning to ollie for example, essential basic skating building block. That took us ages to learn, we had heard reference to it & seen stills of people in the air but never actually seen a video or much less anyone do it in real life. Our town had no older skaters to copy and it wasn't until a friend of a friend managed to get a photocopy of a "how to" from an old mag that we managed to see how it was done, before that it might as well have been magic. In fact i can still remember the afternoon my friend and i first managed to properly leave the ground.
Steve Pezman has a great quote in Andrew Kidman's Glass Love where he talks about surfing as you get older being just as challenging and rewarding even though your actual ability level might be decreasing as your body ages. His point is that as even the simpler things become harder, the satisfaction in still achieving them increases and the sum total of joy (or stoke if you like) in that is the same as it ever was. I think he's right and the same applies to skating, surfing, pretty much any physical activity
So here's to my fellow old skaters with a peter pan complex! It's a shame i have a princess obsessed daughter, a son might have given me the perfect, spouse approved, excuse to keep going! 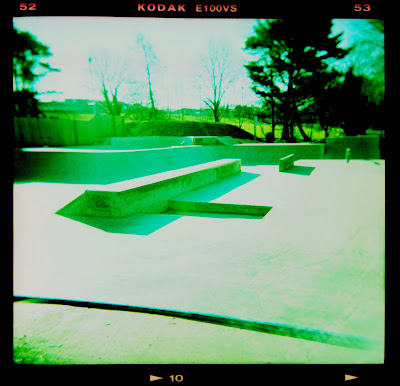 Incidentally i just saw the latest Flip movie (Extremely Sorry) The level of skating is fully RIDICULOUS!  I always have a soft spot for Flip, being the phoenix from the ashes of Classic Brit brand Deathbox & sponsors of two of my favorite ever skaters Tom Penny & Geoff Rowley. Their new dvd is well worth a watch if you get the chance, just not with any young impressionable children in attendance!
Posted by CP at 08:28