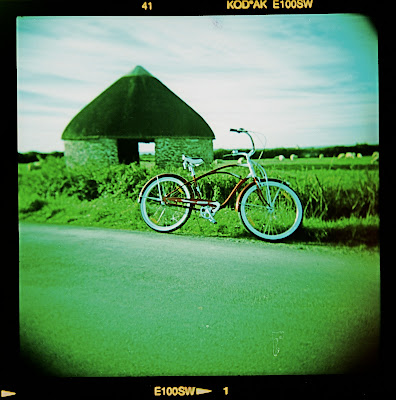 hey, love the ride!
in case they have slipped your attention - the following flicks have been given some time on my player, oldish ones, so you may have been there already:
Musica Surfica - Derek Hynd and Richard Tognetti, surf finless in King Island, awesome music as a backdrop to weird newwave surfing
Seaworthy - soulful, ephemeral surf, a variety of craft, beautifully put together by Nathan Oldfield, he of Lines from a Poem fame, another loggin down under flick.
If you can get a copy of it "the Craving" a stunning doco set in Cali about a variety of families addiction to surfing and what it brings to their indivudal lives, the camera work is breahttaking.

I've seen seaworthy, great film, not seen the other two.

Picaresque is well worth a look too

CP, do you know where I can get a copy of 'Jazzing The Glass' ?

Thom sharpe in wooly has a copy if u know him?
Try amazon.com or one of the us DVD sites. Actionsportsvideo.com are pretty good.

It's not superb,there's some good surfing but A LOT of the voiced over pirate movie+school boy humor, had me reaching for fast forward by the end